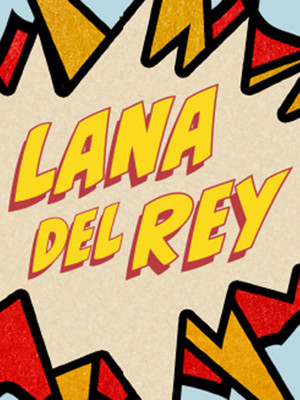 Her vocals, multiplied, swirl over militaristic drums and strings, as she sings of romance so sweetly doomed that it could propel her into a happy afterlife.

Lana Has a Lust for Life

Bittersweet songbird Lana Del Rey has carved a niche for herself as one of the hottest female performers out there at the moment, following the success of her first single Video Games when it was released in 2012. Called a 'gangsta Nancy Sinatra', Del Rey's stage persona fuses the elegance of a 1950s screen siren with streetwise charm and haunting, breathy trilling.

Her edgy music videos, sultry voice, long auburn hair, and signature pout turned her into sex-symbol long before her debut album was even released. There is no denying, however, the allure of singles like 'Summertime Sadness,' 'Brooklyn Baby,' and 'National Anthem'.

It was nice to finally see her live. She mixed some of the old in with... more

The Bestest Wanted her to play longer too many good songs she could... more

Sound good to you? Share this page on social media and let your friends know about Lana Del Rey at Sacramento Memorial Auditorium.