If you're happy to travel

Damien Escobar is also touring to: 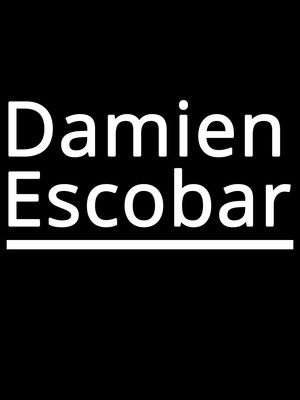 Damien is a master of his craft. He mixes genres like jazz, classical and hip-hop effortlessly.

Bringing the Violin into the 21st Century

Emmy award-winning violinist Damien Escobar is back! After officially coming out of retirement Escobar is heading out on the road once more. Damien Escobar decided to go solo in 2012 after starting out as a duo with his older brother in Nuttin But Stringz.

Damien Escobar first exploded onto the scene with older brother Tourie in Nuttin' But Stringz when they came third in America's Got Talent back in 2008. Since then they went onto do extraordinary things, playing at Barack Obama's Presidential Inauguration being one of them. Now, going solo, Damien Escobar is still feeling the sourings of success. Whilst still creating music, Escobar has written a children's book, developed a range of wine and launched his own line of violins. Is there anything this man can't do?

Celebrated for bringing the violin into the modern era, Escobar regularly crosses his violin with other genres for example, hip-hop, jazz, R&B and pop.

My husband and I go to see Jazz artists as often as we can afford, I opened... more

My husband and I go to see Jazz artists as often as we can afford, I opened... more

Sound good to you? Share this page on social media and let your friends know about Damien Escobar at Crest Theatre.