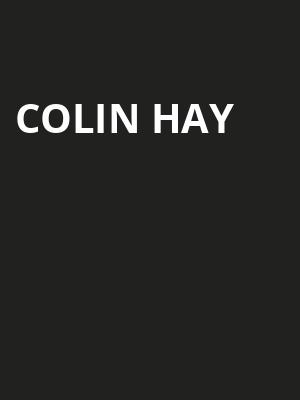 Hay is a consummate songwriter, who's only gotten better and better with age.

Colin Hay Is A Man Reinvented

While most may recognise Colin Hay as the frontman of Men At Work (the Australian Pop outfit behind the quirky, ubiquitous 80's hit Down Under), the Scottish born Ozzy musician has spent the last few decades reinventing himself as a singing, songwriting troubadour. Touring the world extensively without much fanfare, Hay has built himself up a new generation of fans, including actor Zach Braff who's frequently features Hay's work in his films.

His calm, confident vocal delivery is enough to silence a very large audience indeed. Yet it's not all melancholy, the singer is adept at delighting all who listen with a wry sense of wit and rich, warm melodies. Don't miss Colin Hay when he performs near you!

You may be required to wear a mask during this performance. Please contact the venue directly for more information.

Sound good to you? Share this page on social media and let your friends know about Colin Hay at Crest Theatre.