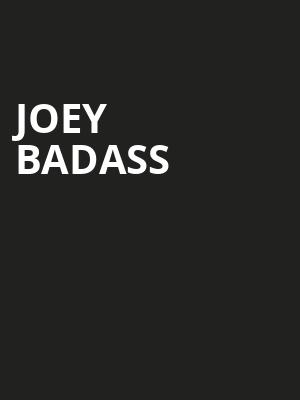 Brooklyn native rapper who founded hip-hop collective 'Pro Era' is ready to perform across America. Joey Badass is hitting the road with his brand new album, 2000! Following new single 'The Revenge', 2000's release date marks 10 years since the release of his mix tape 1999. Expect to hear tracks off his new album along with fan favorite, and support from Capella Gray!

Joey Badass released his unapologetically blunt album 'All-Amerikkkan Badass' that calls out race relations in America, systematic corruption and Donald Trump's presidency. The album was praised for its brave lyrics and the rappers' ability to speak about the issues effecting most of the population. He joins fellow musicians like Kendrick Lamar in his title of conscious rapper and is known for prompting and working with an original hip hop sound that hasn't been heard from new rappers since the early 00s.

Sound good to you? Share this page on social media and let your friends know about Joey Badass at Ace of Spades.